I’M INTERESTED IN THE ISSUE OF ABUSE AND TRAFFICKING

Domestic Violence is any type of violence that is exercised by a member of a family to another. It is a crime and is punish able in Greece, according to law 3500/ 2006.

It is important to clarify that the term family isused here not in the narrow sense of the term but in the sense of the community consisting of spouses or persons connected with a registered partnership or parents and first or second degree blood or affinity relatives and their adopted children.

The family also includes, if they cohabitate, blood or affinity relatives up to the 4thdegreeandpersons whose one family member has been assigned as supervisor, legal counsel or foster parent, as well as any underage child that cohabitates with the family.

For the protection of as many persons as possible that may fall victims within the family, the law has been amended and also applies to permanent partners and children, common or by affinity, ex-spouses, or members of an annulled registered partnership, as well as ex-partners.

We should note that the children of a family are considered to be victims of domestic violence, even when they witness violence within the family, as it is specified by the Law on domestic violence as well as by Law 4531/2018, which ratified the European Council’s Convention for the Prevention and Combat on Violence against Women, to which the Greek legislation was adapted, known as the “Istanbul Convention” (GG 62Α΄/ 5-4-2018).

TheIstanbulConventionrecognizedthatdomesticviolenceinfluenceswomendisproportionately, and that women and children have a higher risk to face gender-based violence compared to men.

«Violence against women» is defined as a violation of human rights and a form of discrimination against women that means all acts of gender-based violence that result in, or are likely to result in, physical, sexual, psychological or economic harm or suffering of women, including threats of such acts, coercion or arbitrary deprivation of liberty, whether occurring in public or in private life. (Law.4531/2018, art. 3)

By looking at the following forms of violence, it is evident that violence is not only physical and that abuse can take many forms:

Physical: Behaviors that aim in causing physical pain or injury (slaps, kicks, beating, injury with a blunt object, choking attempt and others

Sexual violence including rape: Any sexual act (or attempt), without the clear consent of the victim (volitional and based on free will), even among (ex or current) spouses and partners.

Verbal: It is expressed through shouting, insults, derogatory statements, threats, accusations, either privately or in front of other people.

Psychological: It can be verbal or non-verbal.  It includes disdain, contemptuousnods, aggressive facial expressions, aggressive gestures, jealousy. Realizing it is difficult, but most of all painful.

Emotional:  It is expressed with manipulation, bullying, threats of loss of the children’s custody, pressure to accept the offender’s «apology» followed by oaths of love and dedication, mention of suicide or destructive behavior.

Social: This is the victim’s social isolation, the rejection of friends or relatives, demand for the disruption of family relations, prohibition of professional activity.

Financial: The victim is financially fully dependent on the offender.

Apart from the a for ementioned forms of domestic violence, there are other «acts of violence» that according to the Istanbul Convention, are serious infringements of human rights of women and girls, as well as a serious obstacle in achieving equality between women and men:

Intimate partner violence, meaning the violence between spouses or partners, isadomesticviolencecategorythatiscommonamongthefamily’sadultmembers.  A characteristic description of intimate partner violence is that of are petitive 3-stagecycle. During the first stage there is a tension climax, reaching its peak during the second phase. It is followed by a calm and restorative stage, the so-called «honeymoon period», with oaths of love and promises by the offender that the violent behavior will not be repeated. This is how the cycle closes but it will start over. The couple victim-offender is swirled within the cycle of violence, while gradually the relation of power and domination over the victim is established. The victim gradually feels weaker to react and is always dependent on the offender.

Women who live in an abusive relationship with their husband or partner feel guilty about their ability to handle the situation. They suppress their feelings and downscale themselves hoping to ease the tension. They become obedient and submissive and agree with everything their partner says. Their confidence and self-esteem decrease and they may feel that they do nothing right. Theyre main patient for along time-even years-, denying the reality. They prefer to rationalize and wish for a magic change in the offender. The jealous acts of the offender are «translated» by the victim as a proof of love and his anger outbursts as the result of his family abuse.

Let’s also take under consider ation the fact that abuse often coexists with other family difficulties that cumulatively burden their life, resulting in the worsened psychophysical health of the women or the emergence of psychophysical symptoms. They very often complain for headaches, migraines, chronic back pains, urinary tract infections, bowel and stomach problems etc.

The women’s ambivalent feelings that cause them to feel on the one hand love and on the other anger, overshadow the slightest intention they have to accept that they are victims of violence.

On the other hand, they commonly refer to lack of support from their own family, for various reasons (the family’s financial problems, fear of social stigma, stern values/ideas, and violent family interaction patterns).

The description of the abused woman explains why there is a legal framework that ensures the violence victim’s rights and a national protection network, which the victim can address for a full protection and support.

Domestic violence is a criminal act that is prosecuted ex officio, so it is sufficient for the victim to report to the Police for the Public Prosecutor to issue an order. We should also note that no fee has to be paid by the victim.

Where can women victims ask for help

A domestic violence victim can:

a. in case of an immediate danger, call 100or go to the nearest police department or to the competent Public Prosecutor’s Office

b. call the Emergency Social Helpline “197” from which ever part of the country, which is free and operates 24/7. It offers information and counselling to violence victims. It also, mediates for immediate help in case of violent incidents by using the NCSS or cooperating Actors’ secure accommodation structures.

Or, if the communication by phone is not safe, to send a message to: help@ekka.org.gr

c. to communicate with one of the 3 NCSS Social Support Centers in Athens, Piraeus and Thessaloniki and call or meet a Social Worker and/or Psychologist.

With these Services, the NCSS provides:

Social Support and Mediation/ Referral to the appropriate Actors

Along with the NCSS specialized professionals, the woman has the chance to explore all the options and compile her personal plan of distancing herself from the abusive relationship.

If deemed necessary, there is the possibility of accommodation in the NCSS Shelters for single women or mothers with their children, victims of violence or in any other vulnerable situation, in Attica (1) and Thessaloniki (1) and other Shelters of the GSFPGE operated by Municipalities all over the country.

The victim can also,

e. contact the local Counselling Centers that can be found on: www.isotita.gr and www.womensos.gr or be informed by the SOS 15900 Helpline.

Human trafficking is a serious criminal act. It means that someone exploits a person with the aim of making unlawful economic profit and that someone is asked or obliged to do certain acts such as providing sexual services, begging, drug dealing, stealing or working under dire conditions.

Labour exploitation is any type of work done or service provided without the employee’s free consent but under the menace of any penalty, instead. It often involves awful working conditions and very low or lack of pay.

Slavery is a type of exploitation which is distinct from other types of exploitation in that it encompasses the characteristic of ownership. It involves the power of purchase or sale of a person.

Exploitation of criminal activities is any unlawful act that a person is asked to do voluntarily or involuntarily through coercion, using violence against or even by deceiving them.

Begging may be accompanied by selling small items or playing musical instruments.

Removal of Organs, Cells and Tissue

For example, ova trading falls into the same category of exploitation as selling cells.

Recruitment of Minors in Armed Operations

Children often fall victim to exploitation in war zones but not exclusively (e.g. they are also exploited by terrorist organizations).

Human trafficking constitutes a crime that often goes beyond national borders and constitutes a gross violation of fundamental human rights. It affects human beings and their dignity, it degrades them to the status of objects, it affects their right to self-determination. Despite the fact that the fight against human trafficking is a declared priority of states worldwide, many people still fall victims to exploitation even today, and the perpetrators remain unpunished, which necessitates the intensification of state efforts worldwide.

Identifying key indicators of human trafficking, as the following, is the first step in identifying victims and can help save a life.

Ways of identifying a victim of human trafficking

There are a number of ways to identify a human trafficking victim and help him/her receive appropriate care and support.

ΕΚΚΑ is responsible for the management of the National Referral Mechanism for the Protection of Victims of Human Trafficking (NRM) (link που να μας πηγαίνει στον ΕΜΑ) under the supervision and coordination of the Office of National Rapporteur on Trafficking in Human Beings (Ministry of Foreign Affairs). 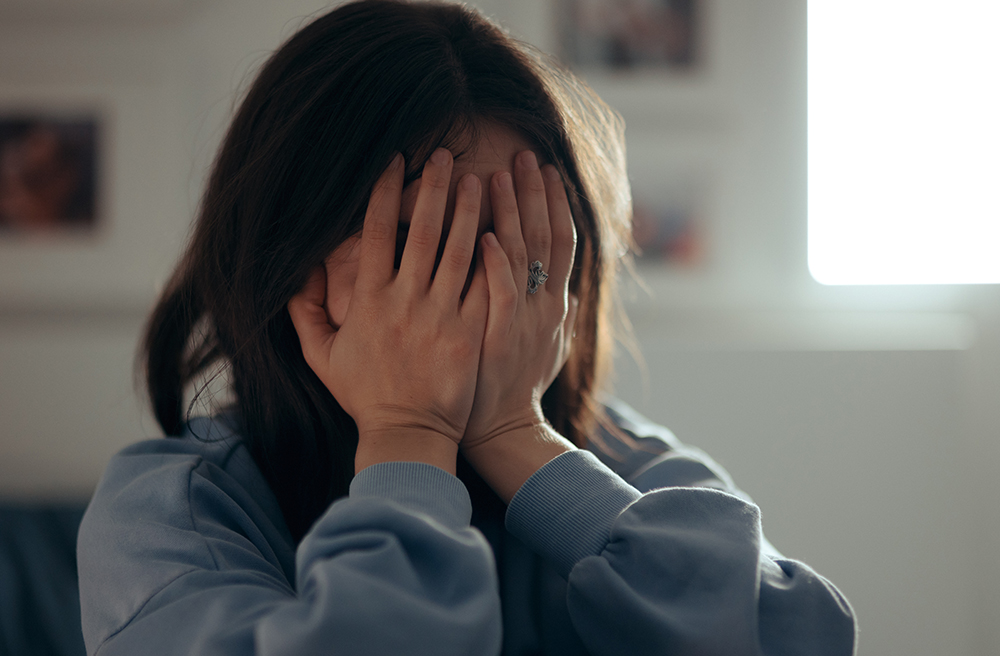 ⦿ Legislation Regarding The Organization

Fill in your email